Hi Everyone! Here is a preview of my new video. This in-depth instructional video delves deep into the artistic process with several new drawing and painting demonstrations. These demonstrations cover a variety of concepts and techniques related to the many challenges facing artists. The video also covers all of the materials used in the demonstrations. Fully illustrated with never before seen animations and diagrams, this video covers such topics as block-in, optical and conceptual modes, color strings, painting various flesh tones, form under multiple lights and much more. This video also comes with a free Video Guide. This Video Guide is an additional pdf file that can be downloaded with the video files. It contains a Time Code Table of Contents for the video, an Illustrated Glossary, and a Materials List.

It can be downloaded from my website: http://scottwaddellfinearts.com/DrawingPaintingpage.htm
It is 71 minutes in length and costs $37.

I hope you all enjoy

Here are some new paintings. Some of you may be familiar with parts of them as I painted a portrait from each in my most recent video, "The Art of Painting" 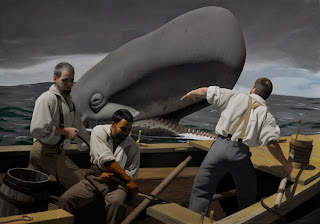 This one is titled "Waylay". It measures 24" x 34" and is oil on linen. I posted an image of the poster study below. It's fun for me to see the original concept for the painting along side the finished product. When there are so many elements it makes it a lot easier to have a study of the overall design. 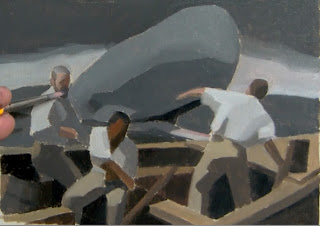 Another interesting thing is how much some things can change during the course of a painting. Below is the head of the far left figure. The image below represents what I'd painted in "The Art of Painting" . . . However, as I developed more of the painting it became apparent that it did not fit the rest of the painting stylistically and needed to be handled with a higher degree of specificity. So, I scraped down, redrew the head and started again . . . 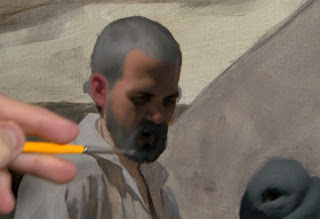 This next painting is titled "The Voyage". It measures 20"x30" and is also oil on linen. 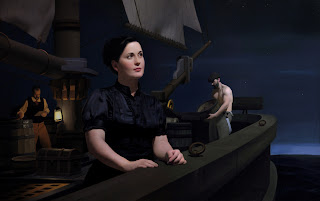 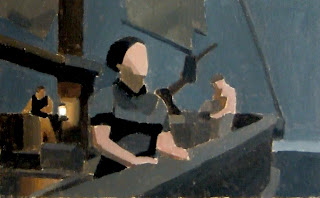 Below is a closeup of the portrait. This portrait was painted in "The Art of Painting" and unlike the portrait in "Waylay" was changed very little to fit into the larger context of the scene (I darkened the form as it turns into the shadow edges around the cheeks). *BTW, I have no idea why Blogger is screwing this image up. It turns it sideways when you enlarge and cannot find anything in the code to explain it. If you have an insight regarding this, let me know. 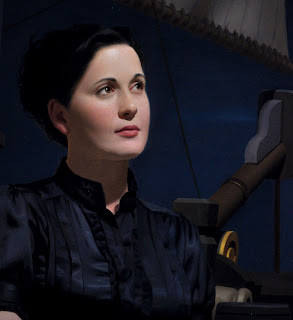 Lastly, here is a close up the guy near the lantern. I don't know why but I've been very intent on including lanterns as a secondary light source in my paintings lately . . . This little side scene was my favorite part of making this painting. 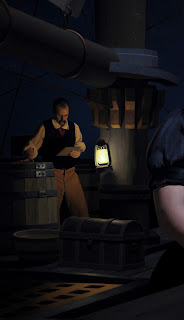 New Video: The Art of Painting

Hi Everyone! "The Art of Painting: An In-Depth Look at how an Artist Thinks and Sees" is now available for download!


In this new tutorial, I delve more deeply into the technical and intellectual process of painting than ever before. Fully illustrated with never before seen animations and graphics, this tutorial guides viewers through the creation of two drawings and several new oil paintings while describing techniques and strategies useful to artists of all skill levels. Topics in this comprehensive video include: perspective, anatomy, color, color-mixing and the interaction between light and form.

If you're interested please visit
scottwaddellfinearts.com
Posted by Scott Waddell at 3:12 PM 12 comments: 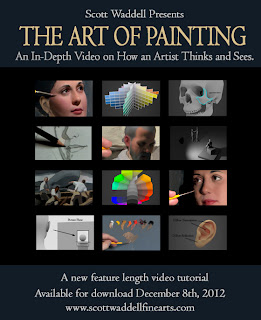 Hi Everyone, here is a poster for my new video I plan on releasing next week. It's my most comprehensive tutorial yet and will delve more deeply into color, anatomy and form. So, if you're interested, check out my website next Saturday, December the 8th: www.scottwaddellfinearts.com
I will most certainly have a trailer up soon.  Hope you all enjoy! -Scott
Posted by Scott Waddell at 3:42 PM 10 comments: